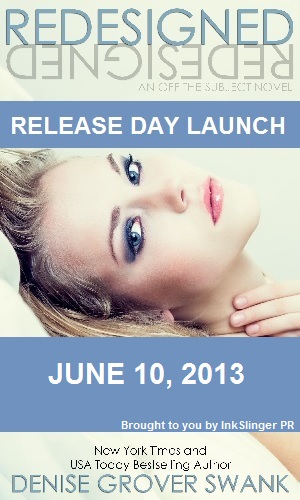 While fashion design major Caroline Hunter may have been born economically unlucky, in college, she’s been lucky in love. Until her senior year at Southern University. She’s gone from a serious long term boyfriend to a string of crappy dates.

Reed is everything she’s not looking for. Serious. Headed for a low paying university job. Boring. Caroline spent the first eighteen years of her life wondering where her next meal was coming from. She sure wasn’t getting trapped in that life again with a man living on a professor’s salary.

An encounter with Reed in a club proves she might have pegged him wrong. He brings out a lusty side she never knew she had. But just when she’s about to give in to her hormones, Reed makes a fool out of her.

When she shows up for the first committee meeting for Southern University’s Fall fashion show, a fundraiser for underprivileged kids, Caroline’s horrified to discover the insufferable Reed is the committee chairman. While she refuses to tolerate his totalitarian rule of the committee, she’s not sure she’ll survive the month with her heart—and her pride—intact. Just when she thinks she has everything figured out, she finds that her entire life has been redesigned, thanks to Reed Pendergraft.

New York Times and USA Today bestselling author Denise Grover Swank was born in Kansas City, Missouri and lived in the area until she was nineteen. Then she became a nomadic gypsy, living in five cities, four states and ten houses over the course of ten years before she moved back to her roots. She speaks English and smattering of Spanish and Chinese which she learned through an intensive Nick Jr. immersion period.  Her hobbies include witty Facebook comments (in own her mind) and dancing in her kitchen with her children. (Quite badly if you believe her offspring.)  Hidden talents include the gift of justification and the ability to drink massive amounts of caffeine and still fall asleep within two minutes. Her lack of the sense of smell allows her to perform many unspeakable tasks.  She has six children and hasn’t lost her sanity. Or so she leads you to believe.

You can find out more about Denise and her other books at: www.denisegroverswank.com.