It is day two of the Top 10 of 2016 event hosted by   Fiktshun ,   Tales of the ravenous reader ,  Two chicks on books  and  Dark faerie tales . Today is the day for favorite covers of 2016. I havent readmost of the books on my list and I will, but just look at those covers. They are spellbin ding. What are your favorite book covers of 2016?
4 komentara
Pročitajte više

Trailer Reveal: FIRE IN YOU by J.Lynn (Jennifer L. Armentrout)

Some are born with fire in them. ✮✮✮ SECOND CHANCES, HOPE, & RED-HOT CHEMISTRY… FIRE IN YOU is coming! The final book in the #1 New York Times bestselling Wait For You World, don’t Miss Brock and Jillian’s passionate and richly moving story in this standalone contemporary romance releasing November 28, 2016! And check out the amazing trailer created by Book Candy Studios below! ✮✮✮ Let the FIRE IN YOU burn and preorder your copy today!   About FIRE IN YOU (Standalone Contemporary Romance Releasing November 28, 2016): From the # 1 New York Times and International bestselling author comes a richly moving story about heartbreak and guilt, second chances and hope. Full of familiar, fan-favorite characters and no two people more deserving of a happy ending, Fire In You will burn bright beyond the last page…    Jillian Lima’s whole world was destroyed in a span of a few hours. The same night her childhood love, Brock ‘the Beast’ Mitchell, broke her heart, her life w
Objavi komentar
Pročitajte više

It started off as a battle of wits. Me: the ordinary girl with a big mouth against Him: the sexy bastard with a big... ego .  I thought I’d hit the jackpot when I was upgraded to first class on my flight to London. That is until HE sat down next to me. Gabriel Scott: handsome as sin, cold as ice. Nothing and no one gets to him. Ever. He’s a legend in his own right, the manager of the biggest rock band in the world, and an arrogant ass who looks down his nose at me. I thought I’d give him hell for one, long flight. I didn’t expect to like him. I didn’t expect to want him. But the biggest surprise? He wants me too. Only in a way I didn’t see coming. If I accept his proposal, I leave myself open to falling for the one man I can’t manage. But I’m tempted to say yes. Because the real man beneath those perfect suits and that cool façade just might be the best thing that’s ever happened to me. And I just might be the only one who can melt the ice around his heart.
Objavi komentar
Pročitajte više

Dark One's Mistress by Aldrea Alien Genre: NA Gothic Romance Release Date: October 31st 2016 Thardrandian Publications Summary from Goodreads: For centuries, the people have lived under the protection of their so-called Dark Lord. Now, with news of his death reaching the quiet village of Everdark, rumour whispers that his son, Lucias, is hunting for a mistress to beget him an heir.  Clara doesn't put much stock in village gossip, until she finds herself forcibly taken to the Lord's fortress. Escape is not easy. She has no way out and, against a man with magic, little chance of fighting back. But the Lords are still men and the death of Lucias' father is proof that they die just the same. And yet, if Lucias dies heirless, his army will be free to terrorise the land.  Such is the goal of Lenora of Ne'ermore, an old enemy and ex-prisoner of the kingdom. She is sending a man to slaughter Lucias and, to ensure there's no chance of
Objavi komentar
Pročitajte više

Review: The Elf by Max Dune 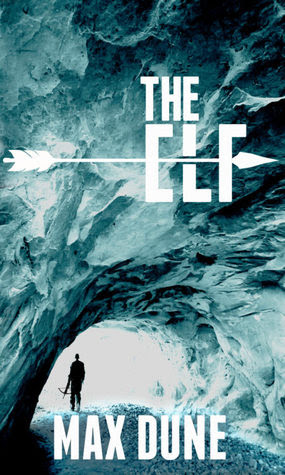 Summary:  Elves are dying in the North Pole, and none of their scientists can find a cure. They believe it’s a virus, unleashed by a powerful enemy. All signs point to Jack Frost, who’s been biding his time from afar. Watching. Waiting. Plotting. One brave elf, to save his kind, will venture out to meet evil in the eye. But he uncovers a mystery more dangerous than he could have ever imagined. Now Lucian must join a group of warriors and fight. Fuego; a flame-wielding pyro.Tiktok; a brilliant bomb expert, Yuriko; a deadly ninja assassin. And Bullets; a hot-headed gun aficionado. These unlikely heroes must learn to work together and defeat the rising evil. Or Christmas will soon be lost…forever. Goodreads / Amazon / B & N  My Review: If there is anything this book has, it is plenty of imagination. I can honestly say I never read anything quite like it and if you are missing Christmas and cant wait for it to come (like me) than this book is a perfect read to ease
Objavi komentar
Pročitajte više
Više postova