I finally found the time to do this post. Since I already posted all of my bookish favorites of 2015, I decided to do the same for TV shows, movies and music since they are a big part of my life.
There is one show that did not make the list that I watched in 2015 but since it was not a 2015 release I decided to leave it out and that is Sherlock. I watched every episode in 2 days and was hooked and I am anxious for the 4th season, especially after The Abominable Bride. 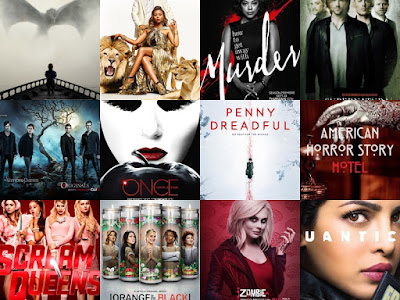 So far in 2016, I am loving some new shows like American Crime Story, Lucifer, Legends of Tomorrow, Shadowhunters and I am hoping for good stuff with Vinyl and The Night Manager. 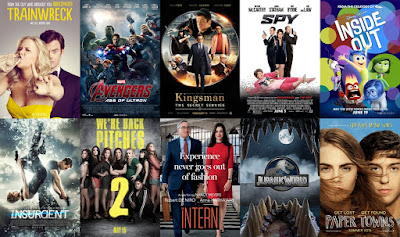 There are some 2015 I am hoping to watch soon, I just did not make the time yet: The Revenant, Hateful Eight, Carol, Room, Brooklyn, Mad Max: Fury Road, Hunger Games: Mockingjay Part 2, Crimson Peak, The Diary of a Teenage Girl and Tale of Tales.
2016 releases I look forward to: Deadpool, Suicide Squad, Allegiant, The BFG, Batman vs Superman, Doctor Strange, X-Men: Apocalypse, Ghostbusters 3, Through the looking glass, Fantastic Beasts and where to find them, A Monster Calls and Pride and prejudice and zombies. 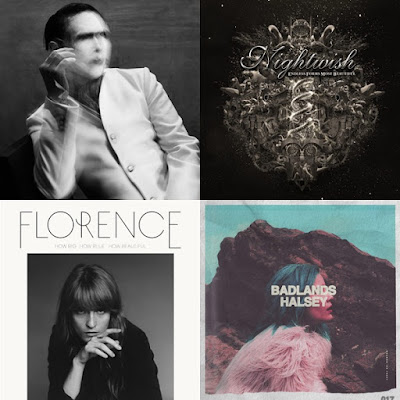 My all time favorites released an album this year, I reall enjoyed them, and I discovered Halsey, who is quickly climbing on my favorite artists list.