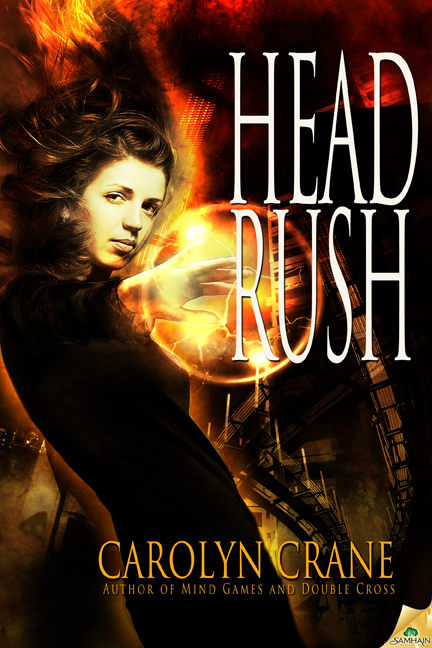 In an attempt to put her unhappy past behind her, Justine Jones throws herself into nursing school and planning her wedding to Otto Sanchez, the man of her dreams. But something is off. Random details aren’t adding up…and is it her imagination, or are her friends and fiancé keeping secrets from her? And what’s with the strange sense of unease, and her odd new headaches?
Justine tries to stay upbeat as Midcity cowers under martial law, sleepwalking cannibals, and a mysterious rash of paranormal copycat violence, but her search for answers leads her into the most dangerous mind game yet.
With the help of unlikely allies, including her paranoid dad and best frenemy Simon, Justine fights her ultimate foe…and unravels the most startling mystery of all.
Warning: This book contains high-speed rollerblade chases, a mysterious green dashboard ornament, a father of the bride in full hazmat gear and a delicious kebab.

This series really surprised me. I expected it to be good, but not great. And I am glad to be wrong. There were many bumps on the road for Justine but she grew more into herself with every book until, in this last one in the series, she was her own person, strong and brave. This series threw many surprises at us, the biggest one at the end of Double cross. I was so shocked that this something *wink* happened and I could only read on but with no power to change it. In Head rush, we see the aftermath of Double cross and Justine trying to deal and figure out the strangeness of everything that is happening. I think her and Packard were meant for each other, while Otto went seriously on my nerves. In the end, everyone gets what they deserve, well, almost everyone. A certain death surprised me and I have to admit that I was sad. Simon is still hilarious, Shelby a great friend to Justine and Packard is still yummy. I am glad to see a happy ending even though I am sad to let this series go and say goodbye.