Dirty red ( Love me with lies #2) by Tarryn Fisher

You thought you could take him from me, but you lost. Now, that he's mine I'll do anything to keep him. Do you doubt me? I have everything that was supposed to be yours. In case you were wondering; he doesn't ever think about you anymore. I won't let him go....ever.

Leah Smith finally has everything she has ever wanted. Except she doesn't. Her marriage feels more like a loan than a lifelong commitment, and the image she has worked so hard to build is fraying before her eyes. With a new role and a past full of secrets, Leah must decide how far she is willing to go to keep what she has stolen.

Blown away. That's what I was after reading this book. I read The Opportunist a few months ago and it became my favorite book of all time so I was anxious to read it's sequel. Reading form Leah's POV was really disturbing at times and to see inside her head made me despise her even more than after The Opportunist. Her thoughts for her daughter and her unhealthy feelings for Caleb were sometimes really hard to read but with the masterful writing it became one of the most interesting books I've read so far. How often do we get a look inside a villain's head? Even though it was a little less perfect than the first book I give it 5 stars since The Opportunist deserved 10 stars and the bar was set pretty high. We discover some shocking things, get a little insight into Caleb's head as well and we also see Olivia's husband Noah through Leah's eyes.The ending really blew my mind and I am scared to even think what will happen in Thief. Of course, I have hope for a happy ever after in the end but I have a feeling Tarryn Fisher will make the final book the most shocking of them all. 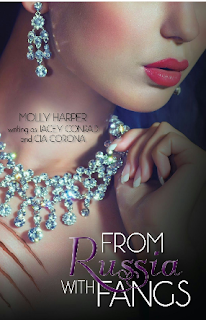