It’s nearly time to say good bye to Eden and her friends with the conclusion of the A Touch Trilogy from author Leah Clifford. 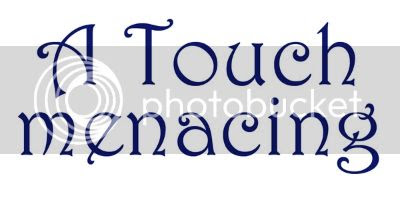 Whether you’ve been there from the beginning when Eden first met Az in A TOUCH MORTAL. Spent countless hours contemplating with other A Touch Trilogy fans over the fate of the kitten, from A TOUCH MORBID. Or are just joining us now, the conclusion to Leah Clifford’s A Touch Trilogy promises to be heart stopping and well worth the wait!
Pick up whichever novel you need to catch up before MENACING’S March 5th release date. You don’t want to be the only one not talking about this book! 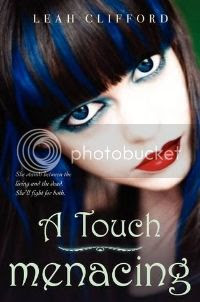 
Eden is dying. For real, this time.
She is crumbling to ash, and an unnatural plague is ravaging mortals and immortals alike. With both Heaven and Hell out to destroy her, Eden can no longer tell the difference between good and evil.

Friends become enemies. And enemies are everywhere.
But don't underestimate Eden. She'll fight for her life, for the lives of those she loves, and for every life she has ever touched.
She'll fight for revenge. For redemption. For—just maybe—the chance to be mortal again.
Everything began with forbidden love.
What will be sacrificed at the bitter end?
The dramatic conclusion to Leah Clifford's dark, alluring trilogy of life, death, and epic love.

PRE-ORDER A TOUCH MENACING NOW FOR ONLY $11.98
AMAZON | BARNES & NOBEL

Pick Up The Whole Series!

Help us spread the word about the final installment of the A Touch Trilogy, and you could win one of these amazing prizes!
Grand Prize
30 Minute Skype Chat with Leah Clifford. Talk about writing, talk about THE KITTEN, talk about her books! Talk about almost anything!
2nd Place
Get’s to name a character in Leah’s next published book
2 Lucky Bonus Winners Will get 1 Paperback of A TOUCH MORTAL and 1 Hardcover of A TOUCH MORBID signed to the winner!
THE RULES
- Open Internationally for the Skype Chat and Character Name
- Books Will Only be mailed in the US.
- Pre Order for A Touch Menacing can be from any date
- Order for Mortal or Morbid MUST be dated between 2/1 and 2/22
*we reserve the right to deny any receipt for entry if it appears to be altered or manipulated in anyway.
a Rafflecopter giveaway
ABOUT THE AUTHOR:

Leah Clifford currently lives in Ohio, but frequently dreams of finding an abandoned mansion in the south that she can restore. In her spare time she loves to travel and has been known to drive over two hours to get kickass quesadillas. So far for jobs she's sold corn at a roadside stand, been a pizza delivery girl, a camp counselor, an extreme cave tour guide, a flight attendant, a waitress (x3), a grocery store clerk and a writer. Out of all of them, writing has been the most fun. She's pretty sure she's gonna stick with it. 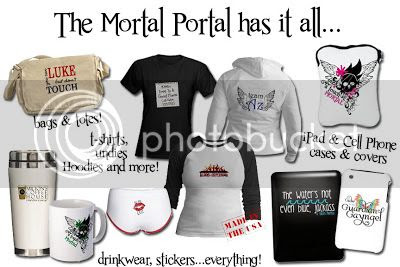