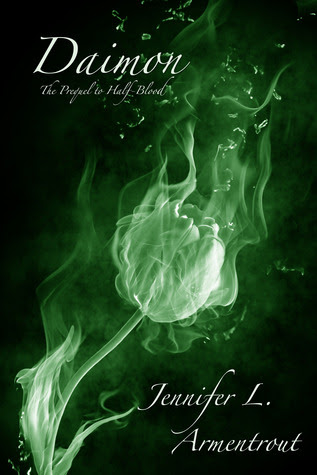 "Love in my world usually ended up with someone hearing 'I smite thee ' as she was cursed to be some lame flower for the rest of her life." For three years, Alexandria has lived among mortals--pretending to be like them and trying to forget the duty she'd been trained to fulfill as a child of a mortal and a demigod. At seventeen, she's pretty much accepted that she's a freak by mortal standards... and that she'll never be prepared for that duty. According to her mother, that's a good thing.But as every descendant of the gods knows, Fate has a way of rearing her ugly head. A horrifying attack forces Alex to flee Miami and try to find her way back to the very place her mother had warned her she should never return-the Covenant. Every step that brings her closer to safety is one more step toward death... because she's being hunted by the very creatures she'd once trained to kill. The daimons have found her.

The prequel to the Covenant series was better than I expected. I always liked Alex but I thought that the absence of Seth and Aiden would make things a little bit boring. I am glad I was wrong. It was fast paced, full of action and Alex's witty comebacks along with a little bit of not serious romance. It explains so much from Alex's past, it shows us what exactly happened on the night when her mother was turned daimon and how Alex coped with that and what she was doing after, before Aiden and other sentinels found her. So, this prequel was really great and necessary for the series. Of course, I missed Seth and Aiden ( although he appeared in the end ) but the novella was interesting enough without them and it shoved what a great character Alex is.