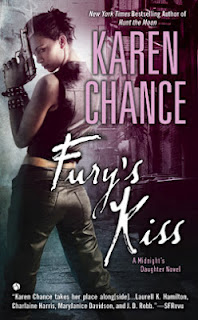 God, I love Karen Chance. She is an amazing writer. Since I am a part of her street team, I have some swag to give away. There will be 5 winners. Each will get 2  Fury's Kiss bookmarks, 1 Fury's Kiss magnet and 2 trading cards - one for Dory and one for Louis-Cesare.
All you have to do is comment on this post with answers to these questions: Have you read anything by Karen Chance? If you have, do you like Cassie or Dory or both? Are you team Mircea or Pritkin? If you havent read any of your books, would you like to?
And you have to be a follower. The giveaway is international. You have until August 12th ; 23:59 GMT. 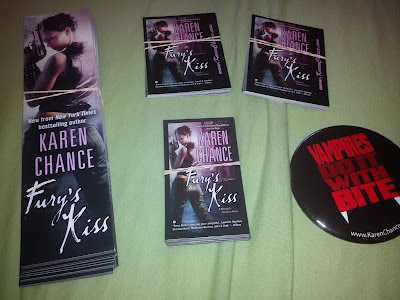