The Voice by Jennifer Anne Davi - YA Contemporary novel - Publication date: January 29th, 2013
During her abduction and assault, Audrey begins to hear a voice. She hopes she’s not going crazy, because after what she’s experienced, that’s the most logical explanation. However, as she begins to listen to the voice, Audrey realizes that someone may be telepathically trying to help her.

Unfortunately, rescue isn’t all she needs. In order to leave behind the constant reminders, she flees to her Aunt Kate’s house in San Diego, and assumes a new identity. It works—until the eighteen-year-old twin boys who live next door threaten to break through the protective walls she’s worked so hard to build.

Between Caleb going out of his way to befriend her and Justin avoiding her at all costs, Audrey doesn’t know if normalcy will ever find her again. But one thing is certain: When a familiar danger resurfaces, it’s the same voice that she turns to—a voice that is not only real, but a lot closer than she realizes.

Gripping and tastefully told, The Voice is a story of healing, trust, and courage. 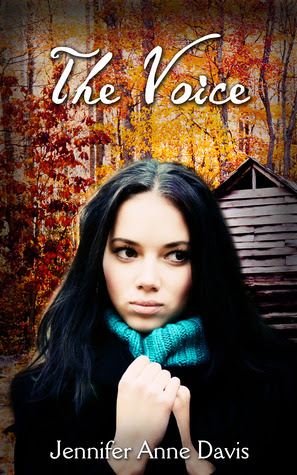 Here is the interview with the author:


*Every author has their story about their road to publication. How was your road?
Long! I wrote a book and tried to get it published with little success. At the time, I had no idea what I was doing or even what genre I was writing. Then I entered an essay contest and won! My essay was published in a book and this fueled my desire to keep on writing. I realized then that I love to read young adult novels and decided to write the book I wanted to read. I outlined THE VOICE, wrote it in four months, revised it for almost a year, then sent it out to agents and publishers. I had several people interested in the story. I ended up going with a small publishing house that specializes in YA books and I couldn’t be happier!

*How did you come up with the idea for THE VOICE?

I kept having a reoccurring dream involving a girl that was locked in a cabin. At first I planned to have her guardian angel rescue her but then I realized that there were too many stories involving angels at the time. I liked the idea of telepathy, so I just kept playing around with the story until I had something that worked.

*How does it feel like being a debut author?

It’s an odd mixture of pure joy and complete and utter fear. I am so excited that my dream of becoming a published author is here! When I saw the advanced reader copy of my book with my picture and name on it, I cried! It was so surreal. But the thought of people reading and judging my work is hard. I really hope people enjoy the story. I’m trying to grow thick skin because I know not everyone will love it, and that’s okay (at least that’s what I keep telling myself). I get butterflies in my stomach just thinking about its release day!!


AUTHOR BIO
Jennifer Anne Davis
Jennifer graduated from the University of San Diego with a degree in English and a teaching credential. Afterwards, she married her high school sweetheart, worked as a legal assistant, and taught high school English. Jennifer is currently a full-time writer and mother of three young children. Her days are spent living in imaginary worlds and fueling her own kids’ creativity.
The Voice is her first novel.
Visit Jennifer online at www.JenniferAnneDavis.com

Goodreads: http://www.goodreads.com/author/show/6466369.Jennifer_Anne_Davis
Facebook: https://www.facebook.com/AuthorJenniferAnneDavis
Twitter: https://twitter.com/AuthorJennifer
I will also pick one winner for the Kindle copy of The Voice. Just leave a comment on this post with your email address until February 19th. Good luck :)