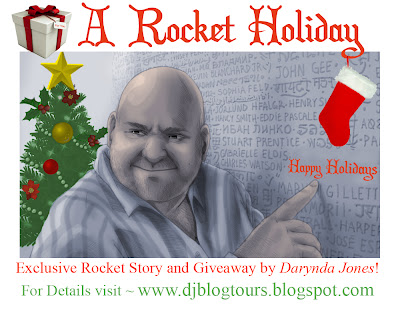 Welcome to the Rocket Holiday Event!
Exclusive Rocket Story and Giveaway!
During the entire month make sure to follow all the blogs listed on the Darynda Jones Blog Tours Home.  Each blog will be posting a special Christmas story written by Darynda Jones.  Exclusive art will accompany the story at each post. Each blog will have a different name on the wall within the art.  Viewers must keep each name or names found on each blog post in order to unravel the secret message.  Take note of the most prominent name(s) within the artwork.  Some blogs will have more than one name.  When viewers have found all the names they will then take the first letter of each name, these letters will need to be unscrambled in order to find the secret message.  Once you have the message, fill out the form below to be entered into an amazing Rocket Giveaway! 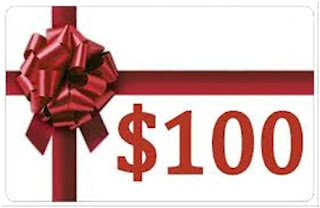 Darynda Jones will be giving away a $100 Dollar Gift Card to one lucky winner!
Follow these blogs to find the clues.
* (Note blogs will be added as their post goes live.)

(A Blue Christmas Below)

"A Blue Christmas"
by Darynda Jones 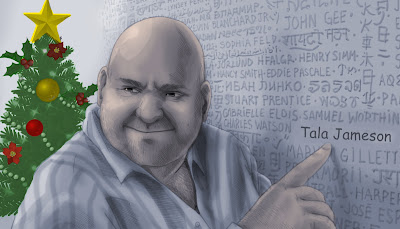 I hope you enjoyed the Rocket short above. Please read below for instructions on how to play with Rocket. There is one room in the asylum in which he doesn't want Charley to see the names, but he loves teasing Charley, and has decided to let you have a peek, to let you see the names in the room.  Once you have followed all the blogs listed HERE and have all the names posted on each, use the first letters in each name to create a new phrase.
Shhh!   Don't tell Charley!
(*There may be extra letters and the letters are jumbled)

Remember the following:
1. Visit each blog listed in the link above for a name or names (no more than two nanes per blog).

2. Jot down the prominent name you see in each picture on each post. Just the first name will be needed.

3. Then take the first letter from each name to create the secret phrase. The phrase will contain exactly 22 letters.

Thank you to all and the best of luck!

A special thank you to Jess Rissmiller, the artist responsible for Rocket’s rendition.
To view more of his amazing work please visit his site @ www.imaginextsoft.wix.com/2d#!

"A Blue Christmas" by Darynda Jones is in its entirety the sole property of Author Darynda Jones and may not be copied or used without sole permission from the author.

Unless otherwise noted, all of the material found in this post is property of Darynda Jones. All rights reserved. No part of this post or story may be reproduced, published, distributed, displayed, performed, copied or stored for public or private use in any information retrieval system, or transmitted in any form by any mechanical, photographic or electronic process, including electronically or digitally on the Internet or World Wide Web, or over any network, or local area network, without written permission of the author, Darynda Jones.