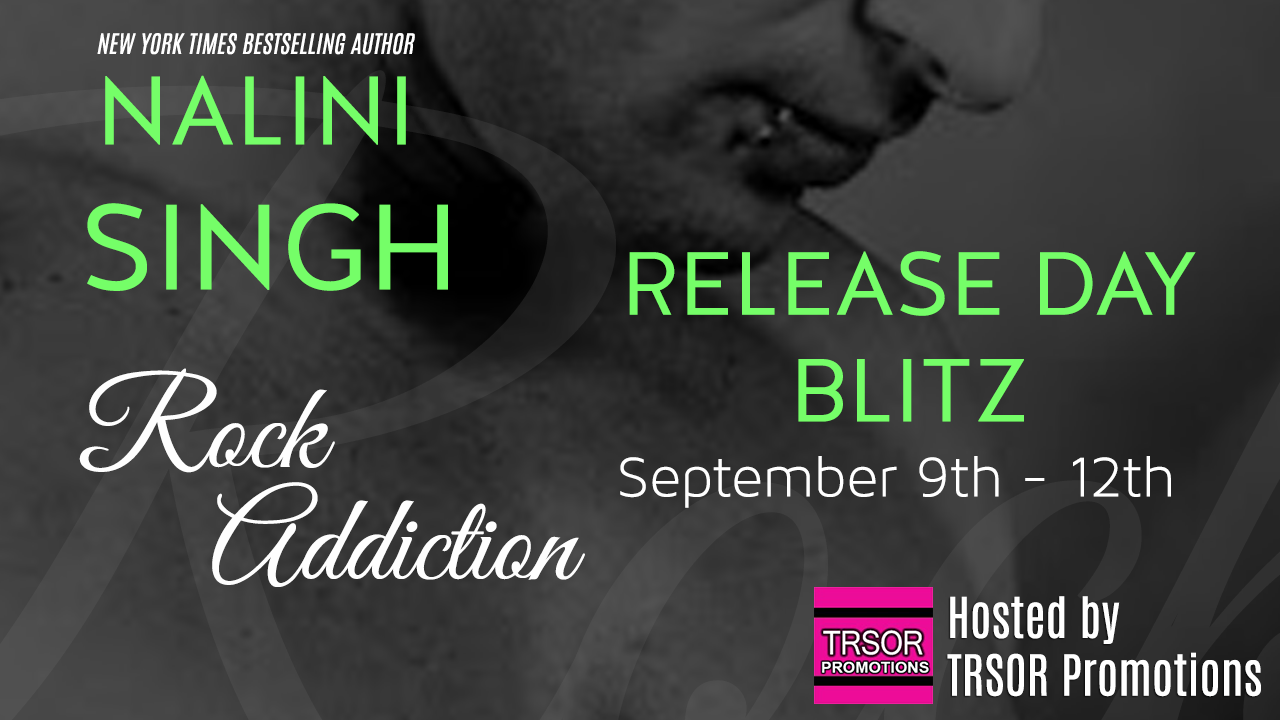 A bad boy wrapped in a sexy, muscled, grown-up package might be worth a little risk…
Molly Webster has always followed the rules. After an ugly scandal tore apart her childhood and made her the focus of the media’s harsh spotlight, she vowed to live an ordinary life. No fame. No impropriety. No pain. Then she meets Zachary Fox, a tattooed bad boy rocker with a voice like whiskey and sin, and a touch that could become an addiction.


A one-night stand with the hottest rock star on the planet, that’s all it was meant to be…
Fox promises scorching heat and dangerous pleasure, coaxing Molly to extend their one-night stand into a one-month fling. After that, he’ll be gone forever, his life never again intersecting with her own. Sex and sin and sensual indulgence, all with an expiration date. No ties, no regrets. Too late, Molly realizes it isn’t only her body that’s become addicted to Fox, but her heart… 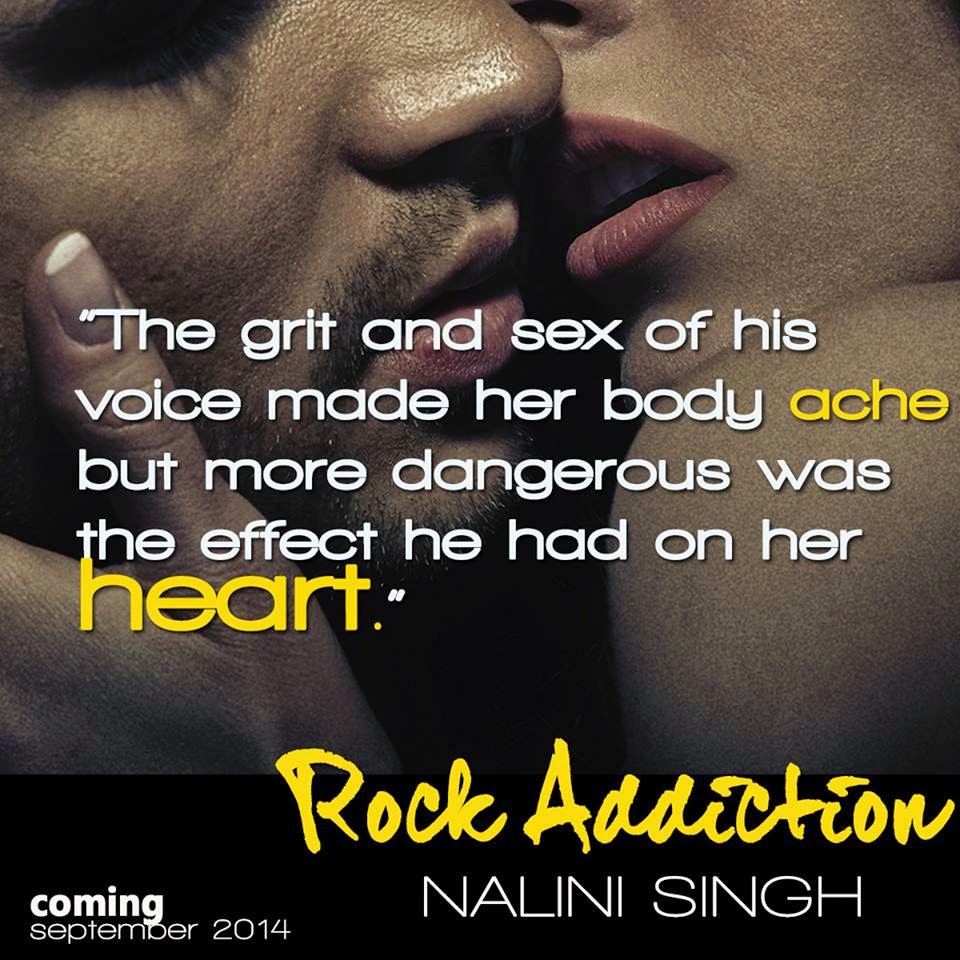 Fox hadn’t become the lead singer of one of the best-selling rock bands in history by being a shrinking violet. No, he went after what he wanted, no holds barred. And the raw promise he could feel between him and Molly? He had to know where it would lead, the need so strong he hadn’t felt anything like it since the day he’d figured out that music was his escape, the air in his lungs.
Which was why he was leaning against the wall beside Molly’s apartment at five that afternoon, a guitar by his side.
The elevator doors opened at a quarter after the hour, Molly going motionless two steps outside of it, the doors closing silently at her back. Yeah, she hadn’t expected him, but Fox was ready to work with that. Waiting patiently as she took a deep breath and completed the trek down the corridor, he drew in the scent of her, his gaze lingering on the fluttering pulse in her neck.
“How did you get past security?”
Fox smiled slowly at the blurted-out question, wondering if Molly knew how bad she was at hiding her emotions. He liked it, liked that he saw the real Molly, not an illusion she’d created to tempt him—not that she had to do anything but smile to tempt him. “I told you the security sucks.”
Unable to resist, he reached out to run his finger down one creamy cheek flushed with a mix of surprise, passion, and, he was certain, sweet, hot feminine anger. His guess was borne out when Molly unlocked her door with jittery hands and put down her handbag on one corner of the bench, her fingers trembling before she curled them into her palms. “You’re breaking the rules.”
“What rules?” Closing the door, he leaned back on it and willed her to face him. Much as he loved the shape of her from the back, he liked watching those expressive eyes whisper her mood to him.
Shoulders tight, she turned. “This was supposed to be a one-night stand.”
“Ah.” Folding his arms over the plain black of his T-shirt, he said, “How about a one-month stand instead?” He knew he had to play this exactly right. Molly was wary of him, and yeah, he could understand why. To have her in his life beyond a fleeting instant, he’d have to win her trust.
She jerked up her head. “What?”
“Why not? I like you. You like me.” He smiled—because the reason Molly had needed to jerk up her head was that she’d been staring at his chest. “Admit it.”
Sitting down on the bench, she began to unzip her boots, very obviously not looking at him. “You’re okay for a rock star.”
He wanted to bite her, then pet her until she was limp and languid in his arms. “We burn up together.” Deliberately modulating his voice—his instrument—for maximum effect, low and bedroom rough, he saw her fingers stutter on the zipper. “I’m here for a month. It’s an easy equation.”
When the words “Let me think about it” fell from her mouth, he thought she might’ve been as startled as he was, her lips parting on a slight gasp—as if to call back the declaration.

**first seen at The Rock Stars of Romance**
Additional excerpts can be found here:

NEW YORK TIMES AND USA Today bestselling author of the Psy-Changeling and Guild Hunter series Nalini Singh usually writes about hot shapeshifters and dangerous angels. This time around, she decided to write about a hot and wickedly tempting rock star. If you’re seeing a theme here, you’re not wrong.

Nalini lives and works in beautiful New Zealand, and is passionate about writing. If you’d like to explore her other books, you can find lots of excerpts on her website. Slave to Sensation is the first book in the Psy-Changeling series, while Angels’ Blood is the first book in the Guild Hunter series. Once Rock Addiction is out, swing by the site to check out the special behind-the-scenes page, complete with photos of many of the locations used in the book.
Website | Facebook | Twitter | Goodreads 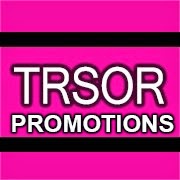