Blog tour: Death and the girl he loves (Darklight #3) by Darynda Jones + GIVEAWAY

The fate of the world is not something a girl wants on her shoulders, and that is especially true for Lorelei McAlister. Unfortunately for her, that is exactly where the world’s fate has decided to take up residence. Lorelei has seen firsthand the horrors that lie beneath our everyday world. And those horrors are getting her friends killed. Because of this, she agrees to leave the sanctity of her hometown and is sent to a different world entirely. A boarding school. But even here she is being watched. Someone knows what she is. What she carries inside her soul. And on top of that she’s seeing visions. This is nothing new for Lorelei. But these visions are something more: death, destruction, and the end of the world. Lorelei must face the fact that there are people who want her dead, and no matter where she goes, no matter how far she runs, the lives of her friends and family are in mortal peril. Lucky for her, her friends and family include the handsome Angel of Death, a fiercely protective half-angel, and a ragtag group of loyal supporters who aren’t afraid to get a little dirty in the name of fighting pure evil. 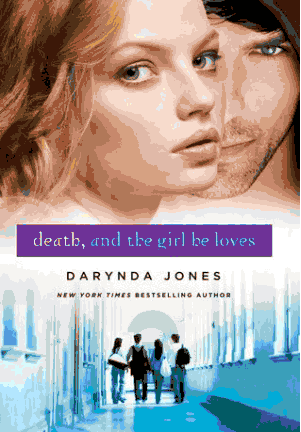 A perfect ending to the trilogy, one I didnt expect. This book starts when the last one ended, with Lorelei in new town, in new school, alone without her friends and family. She starts getting new visions, full of death, which end up being visions of the end of the world. After a near death experience at the school she goes back home and there they are trying to figure out how to stop it. Lorelei was a little annoying with her fear of not succeding and non-stop whining but then again, if you are destined to save the world you should freak out. Glitch, Brooke and Cameron are all still awesome, first two funny and loyal and great best friends and Cameron so protective and stoic. Him and Brooke are perfect for each other. Then there is Jared, swoony, hot Angel of Death. I love that guy. I was really surprised how Darynda decided to save the wolrd, I definetly was not expecting that and it was the most surprising and really amazing ending for all. There were times were I thought all has gone to hell, terrifying and heartbreaking but with Daryndas awesome writing it ended up being perfect. I am sad to see this series end since it was an awesome trilogy. 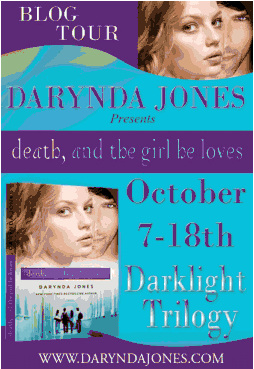