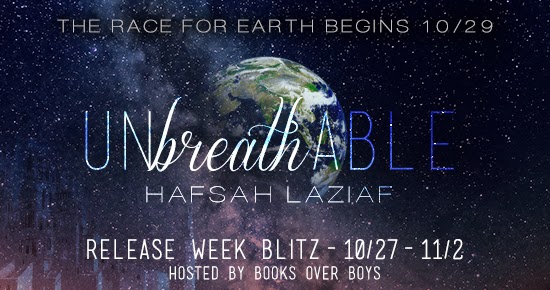 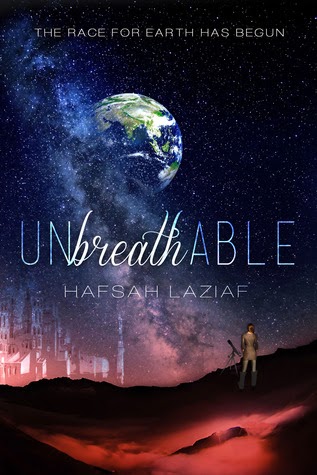 
One hundred and fifty years ago, Earth was destroyed, and the remaining humans fled to the dusty red planet of Jutaire, where the only oxygen is manufactured, food is scarce, and death strikes often.

When Lissa's father discovers Earth still exists, she accidentally inhales the toxic air of Jutaire, and in one breath, discovers she isn't quite human.

Her father hangs for his discovery, and Lissa knows the Chancellors will come for her, for she saw the Earth that night too. With nothing to lose, she sets out to expose the truth. It isn't long before she meets Julian, a beautiful boy who can breathe the toxic air like she can - and shows her that the Jute, the original inhabitants of the planet, are more tangled in their lives than she knows.

But the Chancellors are only pawns in a greater game - one where the Jute control everything. Worse, the Jute plan to leave Jutaire for Earth, but to get there, they need her. And they'll stop at nothing until Lissa is in their clutches, even if they kill every human in the process.

The race for Earth has begun.
Unbreathable is a tale of love, redemption, and sacrifice, and one girl's struggle to find her place in a world where she doesn't belong.


Hafsah Laziaf was born on the east coast on a hot summer day in 1993, raised on the west coast and is now stuck in the middle – in Texas – with more books than she can read. She’s the designer behind IceyDesigns and the blogger behind IceyBooks.

UNBREATHABLE is her debut novel.


1st place: a signed paperback copy of UNBREATHABLE (US)


This is probably one of the most asked question in all of the blogosphere and normally, I don’t ask it because I feel like it’s been used and abused ;p but… where did the inspiration for Unbreathable come from? U is also self-published. How did you come to that decision? What are/were some pros and cons to being a self-published author?


UNBREATHABLE was a novel I never set out to write. In a sense, no one ever sets out to write a certain novel, but we get those ideas that mull around before we think, hey, let me write it.


With UNBREATHABLE, I was just finishing up another YA scifi (set on Earth), when I jumped on Twitter. Random House was having a little Twitter party, asking people to tweet their favorite first lines. That’s when I tried to redo the first line for that scifi.


But I had another idea: what’s a first line that no one has ever used before? One that would make a reader stop — not skim to the next first line of the next book. The next thought that struck was: in how many books are people searching for Earth?


That’s when the first line for UNBREATHABLE came about: We search for Earth everyday.


The first line has since changed, but the idea stemmed from that.


I never wanted to self-publish, though it was always a possibility, something my mom and I always spoke about. I queried quite a few agents, and received quite a lot of requests, which led to a few re-requests - meaning, they asked for revisions and wanted to see the manuscript again. When they rejected with messages along the lines of, scifi is very hard to market right now, I felt that I could do it myself.


I was still doubtful of going through with it, and still am, but the support has been tremendous. And I’ll forever be thankful to the friends who pushed me to self-publish.