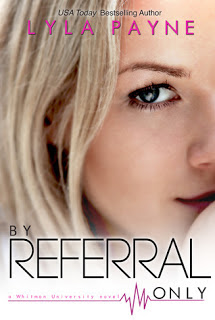 
After being unceremoniously dumped freshman year because of her family’s “new money” status, Ruby Cotton has taken care not to put her heart on the line. No matter how enticing Emilie and Quinn make it look, relationships are scary and hard—while a string of flings is easy and fun. That’s what Ruby wants. Easy and fun. The only problem is, when it comes to satisfaction in the sack, most of the boys at Whitman are nothing but pretty window dressing and false advertising.
Ruby takes it upon herself to make campus life more fulfilling, creating a referral database that allows female students to rate their sexual experiences, thereby informing girls of what they’re getting into before agreeing to a date.
When her acting partner, Liam Greene, finally shows some interest, Ruby figures she won’t need to utilize the helpful gossip. He’s handsome, fun, and most importantly, not a guy she’d ever fall for hard enough to let him break her heart.
Not only that, but dating Liam gives Ruby the perfect excuse to say no to Cole Stuart.
As a star swimmer and heir to honest-to-God Scottish royalty, Cole sits at the top of Whitman’s A-list—but he’s also the lowest rated referral on Ruby’s website. The ratings make rejecting his repeated requests for a date a no-brainer, but her real reason for avoiding Cole runs deeper than a string of unsatisfied exes.
He’s gorgeous, he oozes sweetness and charm, and the electricity between them could power half of Whitman, but Ruby knows it will only last until his family or friends convince him she’s not good enough.
Before she knows it she’s falling anyway, waiting for the other shoe to drop but clinging to a tentative hope that Cole might be as different as he seems. When the secret behind his low ratings comes to light, that hope is torn apart, and Ruby wonders if she was right to give him her heart…and whether she has the strength to let him keep it.

This was a nice summer book. Sometimes funny, sometimes frustrating and sometimes sad but in the end, full of love. Ruby is a tough girl and I liked her from the start. Her website was a funny idea but I saw how it could have backfired and it did. Cole is a perfect guy, hot and Scottish *swoon* but Ruby had problems in her past and wont trust him. They are two people who care for each other but past insecurities were an obstacle in their path. I liked the ending and I liked Rubys friends and Quinn. You dont have to read the first book to understand this one, but after meeting Quinn in By referral only I will definetly pick it up.

Lyla Payne Bio:
I’ve long had a love of stories. A few years ago decided to put them down on the page, and even though I have a degree in film and television, novels were the creative outlet where I found a home. I’ve published Young Adult under a different name, but when I got the idea for Broken at Love (my first New Adult title), I couldn’t wait to try something new – and I’m hooked.  In my spare time I watch a ton of tennis (no surprise, there), play a ton of tennis, and dedicate a good portion of brain power to dreaming up the next fictitious bad boy we’d all love to meet in real life.