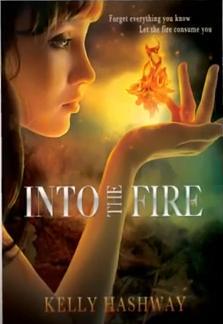 Sixteen-year-old Cara Tillman’s life is a perfectly normal one until Logan Schmidt moves to Ashlan Falls. Cara is inexplicably drawn to him, but she’s not exactly complaining. Logan’s like no boy she’s ever met, and he brings out a side of Cara that she isn’t used to. As the two get closer, everything is nearly perfect, and Cara looks forward to the future.But Cara isn’t a normal girl. She’s a member of a small group of people descended from the mythical phoenix bird, and her time is running out. Rebirth is nearing, which means she’ll forget her life up to this point—she’ll forget Logan and everything they mean to one another.. But that may be the least of Cara’s problems.A phoenix hunter is on the loose, and he’s determined to put an end to the lives of people like Cara and her family, once and for all.