THIS SIDE OF SALVATION

Everyone mourns differently. When his older brother was killed, David got angry. As in, fist-meets-someone-else’s-face furious. But his parents? They got religious. David’s still figuring out his relationship with a higher power, but there’s one thing he does know for sure:  The closer he gets to new-girl Bailey, the better, brighter, happier, more he feels.

Then his parents start cutting all their worldly ties in to prepare for the Rush, the divine moment when the faithful will be whisked off to Heaven…and they want David to do the same. David’s torn. There’s a big difference between living in the moment and giving up his best friend, varsity baseball, and Bailey—especially Bailey—in hope of salvation.

But when he comes home late from prom, and late for the Rush, to find that his parents have vanished, David is in more trouble than he ever could have imagined…

What Others Are Saying:


“THIS SIDE OF SALVATION is impossible to pigeonhole. It’s a mystery, a love story, a tale of friendship, of prejudice, and of a family overcoming tragedy…Jeri Smith-Ready has her finger on the pulse of American youth.” — Printz Honor winner and NYT Bestseller Elizabeth Wein

“This is a frighteningly realistic story that delicately handles the issues of religion and family—an emotional mystery sure to be popular and perfect for discussion.” — VOYA, **Highlighted (Starred) Review**

“[A] smart, well-rounded, and unpredictable tale...bringing to light issues of belief versus free will, spirit versus body, and family versus self—while never being heavy-handed.” Booklist, **Starred Review**

“This book has some of the best written, strongest, and most satisfying character dynamics that I have read in a long time...There are no extreme moral rights and wrongs in this book. These people just are, and they work, and they make this story beautiful.” — Bibliopunkk

Jeri has two ongoing giveaways to celebrate the release of This Side of Salvation.

Join the Rush swag fest: free EXCLUSIVE swag for everyone who orders TSOS on or before Monday, April 7.

Superfan contest (March 31 – April 9): share the TSOS characters’ “trading cards”  on your social networks to earn points. Biggest Superfan wins the grand prize, but there’s a chance to win a book and a gift card every day you play!

And I have a set of signed bookmarks from Jeri Smith-Ready to give away to one follower who comments on this post by April 14th. It is international. Good luck! 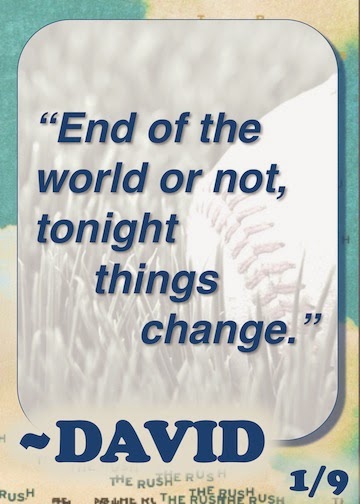 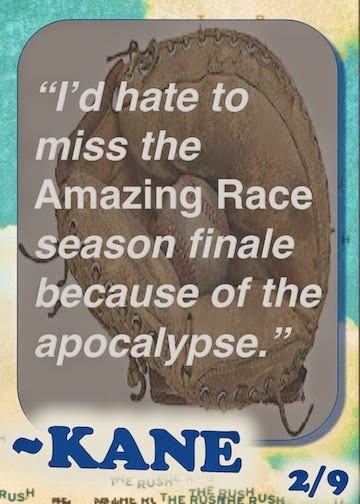 Meet Misha and Twinkle, the real-life inspiration for the cats of This Side of Salvation, on PulseIt, the official site of Jeri's publisher, Simon Pulse.