Here is the cover for the second book in the Everneath series by Brodi Ashton. The book will hit the shelves on January 22nd 2013. 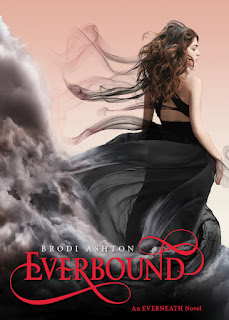 Two months ago, the Tunnels of the underworld came for Nikki Beckett. That night, Nikki's boyfriend, Jack, made the ultimate sacrifice. All Nikki wants is to save Jack before it's too late. All Cole wants is to find his queen - and he thinks Nikki is the one. Both determined, both desperate, Nikki and Cole form a tense alliance, leading them on a dangerous journey to The Heart of The Everneath.