I am so excited to be a part of the promo tour for Seventh Grave and no Body by Darynda Jones, the seventh book in the Charley Davidson series which is one of my favorite series of all time. I am a big fan so this was awesome ! I am anxious to get this book in my hands and I know I am not alone in that feeling.

Today I have for you and excerpt, an audio clip and, of course, a giveaway. Near the end of the post you will see another Rafflecopter for voting for the blog of the day, I would appreciate every vote :)

Thank you and enjoy!

Twelve. Twelve of the deadliest beasts ever forged in the fires of hell have escaped onto our plane, and they want nothing more than to rip out the jugular of Charley Davidson and serve her lifeless, mangled body to Satan for dinner. So there’s that. But Charley has more on her plate than a mob of testy hellhounds. For one thing, her father has disappeared, and the more she retraces his last steps, the more she learns he was conducting an investigation of his own, one that has Charley questioning everything she’s ever known about him. Add to that an ex-BFF who is haunting her night and day, a rash of suicides that has authorities baffled, and a drop-dead sexy fiancé who has attracted the attentions of a local celebrity, and Charley is not having the best week of her life.

A tad north of hell, a hop, skip, and a jump past the realm of eternity, is a little place called Earth, and Charley Davidson, grim reaper extraordinaire, is determined to do everything in her power to protect it. 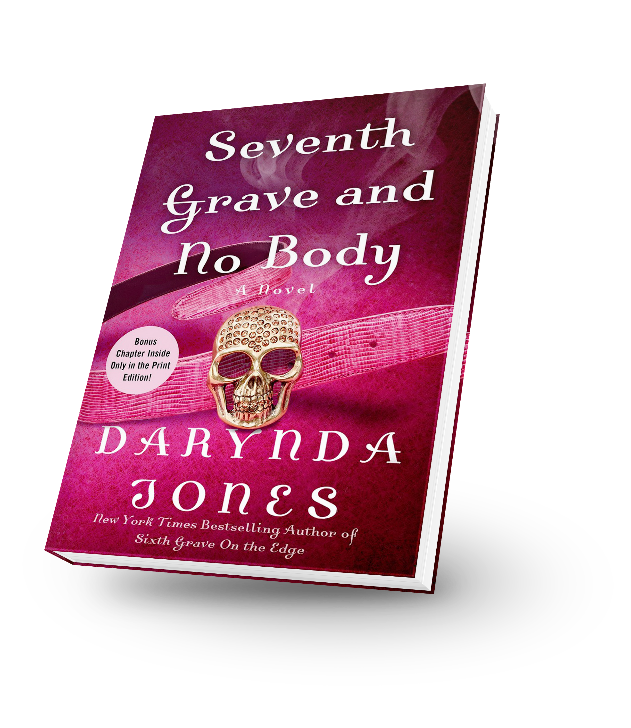 Still covered in duct tape, he turned on his side to face me, his flesh straining against the binds. “You would tell me if something were wrong, right?”

“So, if you knew something could happen to you, you’d let me know.”

Where was he going with this? “Yes. Nothing is going to happen to me. Well, unless the Twelve get ahold of me. Other than that, I should be fine.”

He nodded in thought.

“I think you keep secrets from me.”

“You keep secrets from me,” I said, teasing. “Seems only fair.”

He leaned forward and nibbled on my ear. “We can decide who gets to keep secrets and who doesn’t later. Until then, want to do it?”

“Reyes!” I said, appalled. “You just had your arm nearly ripped off at the shoulder.” That and the fact that a grown man asking me if I wanted to “do it” was hilarious.

“I’m very creative with my mouth.”

“You should sit on my face.”

A bubble of laughter escaped again. “I am not sitting on your face. Oh, my god.”

“Just sit on my face. I’ll make all your dreams come true.”

“You really need to practice humility,” I said.