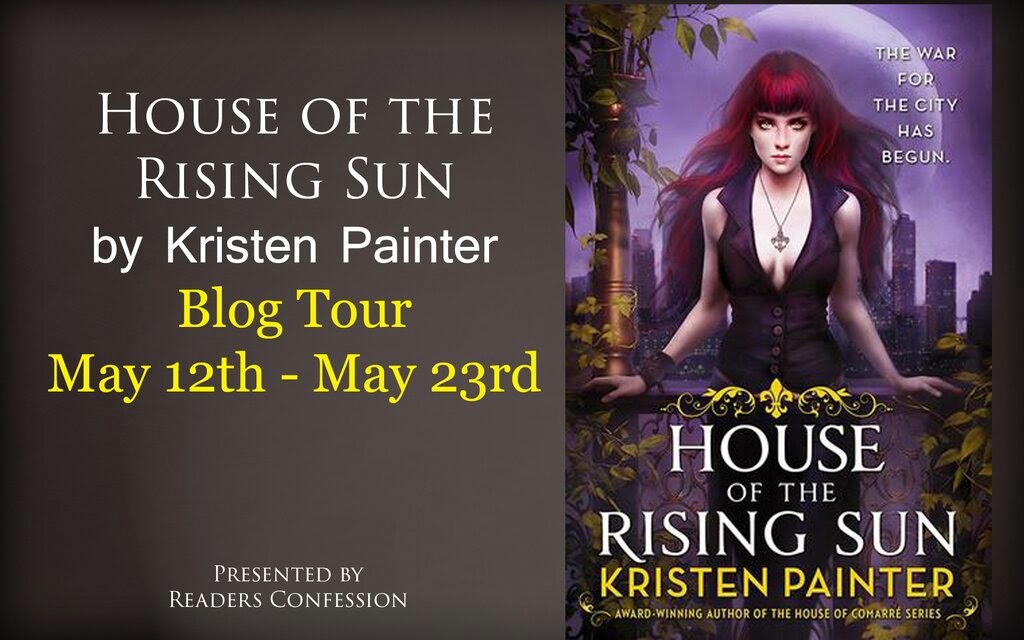 Synopsis:
Augustine lives the perfect life in the Haven city of New Orleans. He rarely works a real job, spends most of his nights with a different human woman, and resides in a spectacular Garden District mansion paid for by retired movie star Olivia Goodwin, who has come to think of him as an adopted son, providing him room and board and whatever else he needs.

But when Augustine returns home to find Olivia's been attacked by vampires, he knows his idyllic life has comes to an end. It's time for revenge—and to take up the mantle of the city's Guardian.

“You killed that man.” She stood over him looking more angry than afraid now. “You possessed that man like a demon.” She pointed at him. “You’re just like your father, just like that dirty fae-blooded liar.”

Augustine shook his head. “That man was hurting you—”

“Yes, you saved me, but you took his life, Augustine.” She looked around, eyes darting in all directions. “Sturka,” she muttered, a fae curse word Augustine had once gotten slapped for saying.

“And who’s next? Are you going to help me that way too someday?”

He was crying now, unable to help himself. “No, Mama, no. I would never hurt you.”

She grabbed him by his shirt and yanked him to his feet. “Act human, not like a freak, do you understand? If people could see what you really looked like…” Fear clouded her eyes.

He nodded, sniffling, hating the smell of the blood he was covered in. He didn’t want to be a freak. He really didn’t. “I can act human. I promise.”

She let go of his shirt, her lip slightly curled as she looked him over. “This was your father’s blood that caused this. Not mine.”

“Not yours,” Augustine repeated. Mama looked human but was part smokesinger, something he knew only because he’d overheard an argument she’d had with his father on the phone once. He’d learned other things that way, too. Like that his father was something called shadeux fae. But not just part. All of him. And he’d lied to Mama about that. Used magic to make Mama think he was human. To seduce her.

“I never want to hear or see anything fae ever again or I will put you out of my house. I live as human and while you’re under my roof, so will you. Am I clear?”

The thought of being without her made his chest ache. She was all he had. His world. “Yes, Mama.”

But keeping his fae side hidden was impossible and five years later, put him out is exactly what she did.

A little about me: I’m a former college English teacher, but I've held a crazy mix of other jobs including maitre’d for Wolfgang Puck, personal trainer, and sales for Christian Dior Bijoux. On the writing side of things, I’m a two-time Golden Heart finalist and have been on the board of three different RWA chapters. What can I say? I like getting involved. I’m not adverse to bossing people around either.


I have a *slight* shoe addiction and occasionally indulge in an unnecessary handbag. Hah! That was a joke. There is no such thing as an unnecessary handbag. I love make up and jewelry and spa days. Yes, I’m a girly girl. But don’t think that makes me weak. I can (and do) kill off characters with the best of them. Speaking of which…

My forays into writing have been as varied as the jobs I’ve held. I’ve written poetry, articles for magazines, short stories, paranormal romances (that include fantasy, contemporary and steampunk genres) and now I’ve found a home with urban fantasy. I love worldbuilding and few genres give you the kind of license urban fantasy does.

I’m also the co-founder of the award-winning writer’s site Romancedivas.com. I tweet attwitter.com/Kristen_Painter more often than I should. You can also find me on my Facebook author page here: www.facebook.com/KristenPainterAuthor
I live in FL with my retired Air Force husband and a horde of feline dependents. I’m represented by The Knight Agency.