Smash Into You by Shelly Crane Release Day Launch + GIVEAWAY 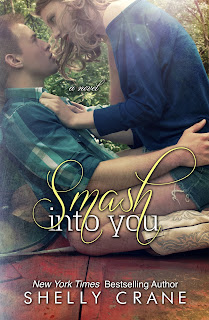 Jude has spent the whole twenty one years of his life running. From what, he wasn't quite sure. His mother trietokeep him safe; a low profile, a constant move on the horizon, a week's pay always stashed away. She tried to instill in him that he was special somehow, though would never elaborate. He never felt different. He was so completely normal and vanilla that he wondered if it had all been in her head. But then she was murdered and all he saw was a running silhouette of a man as his mother said three final words to him. Three words that changed his whole being.

Now he's semi-settled into a big town. The college is huge and easy to blend into. It's been three months since he had to move because 'Biloxi', as he calls the man who killed his mother, found him once more.

Then Marley, an eighteen year old girl who is as infuriating as she is blissfully ignorant of her gorgeousness, smashes into his car with hers. Then smashes into his life as he realizes that whatever it is he has that Biloxi wants, she has it, too. And now, they're after them both. 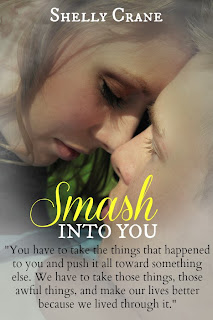 I showed up to work with exactly thirty-seven seconds to spare. I blamed gorgeous-crash-into-me-girl. I swore my truck was acting funny and I had no cash to fix it.

I nodded to Pepe, the owner, and winked at Mesha, the wife of the owner. She giggled behind her hand, and so our day began just like every other day. Pepe owned a feed store and the guy had muscles the size of tangerines. So, that was my job description. In fact, on occasion, he even called me that instead of-

"Hey, we need muscle up here!"

I trotted up front to help the dude in duds load thirteen bags of chicken feed. It wasn't a glamorous job by any means, and the pay was caca, but it kept me fit and busy. That was what I needed. If I had to up and leave, I wouldn't be leaving the guy in a jam because guys like me were a dime a dozen.

The day wore on and at punch-out time, I felt a familiar hand reach across my back. Slither was more like it. "Hey, Jude."

"Mesha," I mumbled back without turning and rolled my annoyed eyes. Were all women the same? They never wanted me for anything but a good time and then see ya later. Which was great for my life, but dang did it get old. Especially since the tune never changed.

"Pepe's playing cards tonight." The insinuation hissed from her lips in what I'm sure she thought was a sexy whisper. It made my skin crawl.

"That's great for him." I grabbed my metal lunchbox and turned the other way, the long way around the back, but it was worth it to evade her.

"That's it?" she practically yelled. "I thought you'd jump on it?"

I stopped. Dang. She just caught me on a wrong day. I turned. "Why? Because of what you've got between your legs? Honey, there's a hundred girls on speed dial. Sorry. I'm a busy guy."

And wait for it..."You're such an ass, Jude! I was just testing you anyway!"

I waved above my head and kept going. Women. Typical.

I threw my lunchbox through the open truck window and prayed the truck would start as I climbed in. She sputtered, but held out, I'll give her that. I tapped and rubbed the dash. "Come on, girl. Come on."

She cranked and I drove straight to the auto parts place. I popped the hood and waved away the heated smoke. I sighed and closed my eyes. Mother...this was going to cost a paycheck to fix, which I didn't have to spare. I went inside and priced a radiator. I almost punched the man in his teeth when he told me the price. "Are they made with titanium now and I'm just out of the loop?"

"Economy's bad for everyone, son."

I held the counter with both hands and hung my head. "Well...dang."

"Look, uh, I might need a little help here tomorrow. If you come help me for the day, I'll take half off the radiator, all right?"

I looked up, unable to stop the incredulous look. People didn't do good deeds for nothing. It just wasn't the world we lived in any longer. But I looked up into the older man's eyes and saw that he was serious. There was a story there. A son, maybe, a nephew, he was trying to make up for. I didn't want to know. I didn't want to get attached.

I spoke slowly, "OK. I can be here at around two when I get off from my job. That all right?"

"Yep. I need some help stocking the shelves, so that's perfect. I'll work you a full eight hours," he warned.

"It's worth it." I swallowed and hesitated. "Thank you."

I nodded and turned to head back to my busted truck, not real sure what to think. But for now, I'd take it.

Shelly is a NEW YORK TIMES & USA TODAY bestselling YA author from a small town in Georgia and loves everything about the south. She is wife to a fantastical husband and stay at home mom to two boisterous and mischievous boys who keep her on her toes. She loves paperbacks, coffee, and candy corn, and to spend time with her family and friends, go out to eat at new restaurants and site see in the new areas they travel to, listen to music and also LOVES to read.
Her own books happen by accident and she revels in the writing and imagination process. She doesn't go anywhere without her notepad for fear of an idea creeping up and not being able to write it down immediately, even in the middle of the night, where her best ideas are born.