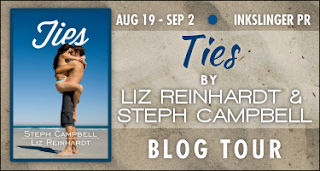 Ties is a companion book in the Lengths series NOT a sequel. It was written as a stand-alone title. The other books do not need to be read prior to Ties in order to follow the story.

When a shiny new convertible arrives for her twenty-first birthday, Hattie Beckett has had enough of her absent dad trying to buy a place in her life. It’s time for him to face her--or get out of her life forever.

She tosses some clothes in a bag, looks up her father’s last known address, and sets her GPS for Silver Stand, California.

When she arrives at a beach-bum paradise that’s totally foreign to her New England upbringing and finds nothing but an empty lot where her dad maybe once lived, her immediate instinct is to pack up her car and head right back to Connecticut.

But she also finds... Deo. The half-brother she never knew she had. He and his hippy-dippy mom insist that Hattie stick around—at least for the summer. And with all of her friends spending the summer abroad, what else does she have to do?

Her ideas about family are blown wide open as Deo and Marigold pull her in with their charm and love. But there’s still a huge question mark where her dad is concerned, and that question mark definitely looms over her ideas about love and relationships.

When Hattie meets Ryan, the college dropout turned competitive sailor, her perspective flips with her heart. Like it or not, Hattie is falling fast and hard for Ryan... even if it’s the last thing that she expected - and the last thing her newly found brother wants for her.


Nice read for the summer. I went ahead and read the 2nd and 3rd book in the Depths series ( I read the firts book when it came out) even though Ties is not a sequel. I wanted to meet more characters that did appear in Ties. I have to say that though I loved Ryan, Hattie went on my nerves constantly so her POV was frustrating to me. Her rules and the way she views other people were really nonsense and even though I get it, she never met her father and he only sent her gifts as their only connection, her way of thinking made me mad. Ryan is  a great guy, I felt sorry for him, the way Hattie treated him, and I cant get how he fell in love with her, but love never makes sense so there¨is that. I liked Deo, his grandfather, Whit, Gen and all the other characters who we meet in the first 3 books of Depths series. I look forward to Enzo s story. 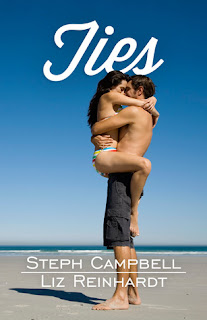 She kisses like she argues. Her tongue is insistent, licking at places in my mouth I swear no one’s tongue has ever touched before, even though I’ve had my fair share of make-out experience.

She kisses like a good girl gone bad, her fingers fisted in my hair, her body crushed so hard to mine, I can feel the thud of her heart through my our skin and clothes. Her lips press against mine with so much force, I know it’s going to bruise, and I want it.

“Damn, Hattie,” I say when I pull back. She’s panting and her cheek presses to my shoulder.

“More,” she demands, running her hands up and down my arms.

I roll her under me, careful not to crush her. I want to do so many things with her, and I feel like she might be game. But there were all those tiny bottles of wine, and her own declarations of self-stupidity. I’m not looking to rush things more than we already have, and I’m definitely not looking to be her regret.

She’s the kind of girl I expected to take it slow with. A few dates before the first kiss, a few more before it went beyond that. A long stretch before we took things to the next level. Basically, she is the polar opposite of the girls I strung along and was strung along by, so I want to navigate this differently than I did before.

I want a chance for something real with her.

Steph's works include Delicate, Grounding Quinn and Beautiful Things Never Last; My Heart for Yours and My Fate for Yours (with Jolene Perry); A Toast to the Good Times (with Liz Reinhardt) and the bestselling new adult LENGTHS series with Liz Reinhardt: Lengths, Depths, Limits, Ties & Riptides.

Liz Reinhardt was born and raised in the idyllic beauty of northwest NJ. A move to the subtropics of coastal Georgia with her daughter and husband left her with a newly realized taste for the beach and a bloated sunscreen budget. Right alongside these new loves is her old, steadfast affection and longing for bagels and the fast-talking foul mouths of her youth.

She loves Raisinettes, even if they aren't really candy, the Oxford comma, movies that are hilarious or feature zombies, any and all books, but especially romance (the smarter and hotter, the better), the sound of her daughter's incessantly wise and entertaining chatter, and watching her husband work on cars in the driveway.