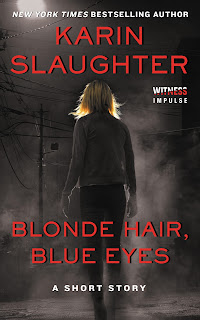 A beautiful young girl was walking down the street―when suddenly…

Julia Carroll knows that too many stories start that way. Beautiful, intelligent, a nineteen-year-old college freshman, she should be carefree. But instead she is frightened. Because girls are disappearing.

A fellow student, Beatrice Oliver, is missing. A homeless woman called Mona-No-Name is missing. Both taken off the street. Both gone without a trace.

Julia is determined to find out the reasons behind their disappearances. And she doesn't want to be next…

Blonde hair, blue eyes is a prequel short story to the new Karin Slaughter novel Pretty girls. This was my first read from Slaughter but since a croatian publishing house started translating her novels and she visited Croatia, I decided to give it a shot. I am not usually one to read thrillers and misteries, I rather watch them, this was new to me. I have to say that while the writing is wonderful, I never connected with the main character Julia. And since the story is set in 1991, I liked the glimpse of the world in that time. I will read Pretty Girls because I am intrigued but this story should have been a part of the book. 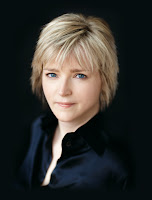 Karin Slaughter is the #1 internationally bestselling author of more than a dozen novels, including the Will Trent and Grant County series and the instant New York Times bestseller Cop Town. There are more than 30 million copies of her books in print around the world.